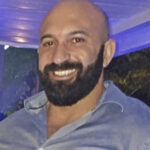 Nickolas S. Tabraue has been in the stock exchange industry since 2014 in his roles as CEO, COO, President, Director, and Chairman of the board. Through his experience  in the stock exchange industry he’s drafted FORM-10, S-1, 10-Ks, 10-Qs, 8-Ks; performing audits; investor relations; hands on in legal including contracts, patents, litigation, arbitration, appeals, discoveries, and motions. Tabraue is notable on being the first to discharge and order out a court receiver out of a public company, first in the state of NV, and third in the U.S., proving his loyalty to his shareholders.

Prior to 2014, Tabraue 7 years of professional experience in retail corporate management. His experience at The Vitamin Shoppe encompassed the management of four different locations, one being the company’s highest volume and another included the restructuring of a non-performing high volume store achieving high operating levels in operations, service, inventory compliance, and sales. 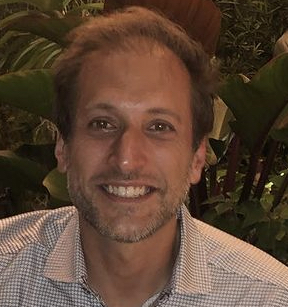 Mario G. Tabraue worked from 1997 until 2002 assisting with real estate transactions as well first and third party insurance claims at the law firm of Moises Kaba III. During this time, he also free-lanced creating web sites and working with businesses creating and implementing new processes, in accounting and with digital technologies. From 2002 until 2009, Mr. Tabraue worked for Eller-ITO Stevedoring Company at the Port of Miami where he served in operations and logistics, first with simple vessel operations and as he demonstrated his skills advanced to complex operations and finally management of full vessel planning and operations. From 2009 until 2013 Mr. Tabraue worked for Ceres Marine Terminals as an operations manager where he was given ever increasing responsibilities until among his duties were negotiating contract issues with union labor officials and contract negotiations with companies such as Royal Caribbean, Mediterranean Shipping Lines, Hapag-Lloyd and others. In 2013 through 2014 he began working with Zoological Wildlife Foundation, a business founded by his family in 2008. At the Foundation he restructured operations, tour packages, the accounting systems, and fully automated their booking system through the company’s website. Ultimately all internal procedures were automated and made paperless. In 2014 Mr. Tabraue was recruited back to Eller-ITO where he returned as Marine Manager and has advanced to the position of Special Projects Manager. In 2019, he began work for JCR Medical Equipment serving as the head of finance.

In 2020 Mr. Tabraue purchased RxCompoundStore.com with the vision of starting a telemedicine platform to expand the company’s reach and to compete in the online market.

Wendell Hecker achieved a Bachelor of Science in Accounting from New York University. Having spent more than 30 years at large corporations in New York and Florida, he brings to ETST extensive accounting experience. Hecker will ensure that the Company’s accounting follows best practices, keeps up-to-date, and increases transparency with investors as sales continue to increase.